Museum that is a plane wonder to enthusiasts 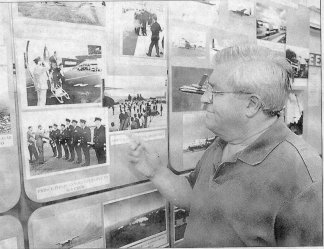 John admires the displays at the museum, including a picture of Prince Philip saying goodbye to the crew of the HP Herald after his trip to South America. 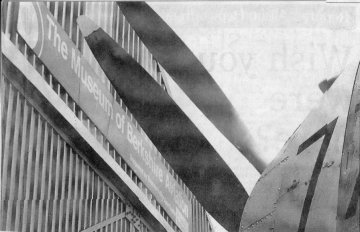 Flight of fancy: above, the entrance to the museum on the edge of Woodley.

Right on our doorstep is a modest building celebrating Berkshire's aviation heritage that attracts visitors from across the globe. ALISON HEPWORTH fastened her seatbelt for a fascinating flight back through time. The Museum of Berkshire Aviation is a grand title for a rather understated building lying on the edge of Woodley.

But the Woodley Aviation Museum (as it is more fondly known to its fans) in Mohawk Way, is a mecca for aviation buffs from all over the world, even though it specialises in recalling Berkshire's aviation heritage.

On approaching the hangar, there is a motley crew of men with their sleeves rolled up attending to what can only be described as half a plane.

After watching them for a while longer, it is evident that care and attention is paid to every small detail of restoring this plane.

But the piece de resistance sits outside the hangar on a pedestal of gravel surrounded by flowers.

It is a Handley Page Herald which is well known to enthusiasts -or so I am told by Geoff Etridge, an ex chief engineer with British Airways and now a volunteer at the museum.

A team of about 20 volunteers aged from 30 to over 80, keeps the committee-run museum going. Most are ex-engineers using their skills gained from a lifetime of work in aviation. But others are in charge of customer services, public relations and gardening (for which they were entered into a competition).

The HP Herald, flown by the Duke of Edinburgh on a tour of South America, was designed and built at Woodley Airfield when it was a thriving business.

It has been restored to its original condition by a band of eight volunteers taking four years from 1992, when the museum first opened.

There are photographs of the plane when it arrived in Woodley. The cockpit was dial-free and the fuselage had no seats.

The restorers used their contacts and were slowly able to gather the original materials to transform the plane into its original state.

The pride felt by the volunteers about the work is obvious. When you enter the HP Herald, you get to see a photo of an empty fuselage. Then they turn you around to see the plane in all its glory.

Mr Etridge is obviously proud of what they have managed to achieve there.

On the subject of the new workshop, he said: "It took all of last summer to build. We all became builders for the summer so we did not get much work done on the aeroplanes."

The workshop is actually an unwanted temporary classroom, donated by a school in Maidenhead, which arrived in two halves.

The volunteers, who are all now firm friends, had to dig the foundations out themselves.

Mr Etridge clearly loves the camaraderie and sharing knowledge and experience that working at the museum offers.

He said: "We had a bloke in from Australia who turned out to be working with my oId boss.

"We have become very global since going on the Internet earlier this year."

On a smaller level, the museum organises school visits where children are split into groups, given the grand tour and then tested to see how much they have learnt on the way.

Inside the hangar, there is an array of displays and artifacts related to aviation, from old jackets and boots found in lofts to a D-Day display.

The history of the airfield includes Douglas Bader's infamous accident which resulted in him losing his legs. His fight to walk again and rejoin the RAF has entered aviation folklore.

A Mohawk was also built there for Charles Lindbergh.

There is wide coverage of Woodley Airfield, or Reading Aerodrome, in its heyday in the 1930s, when it was a popular destination on a Sunday afternoon.

But the curious tale of Blossom Miles, who loved planes as much as her husband and then became an aviation designer, is explained in a book written by museum curator Jean Fostekew, who has worked in aviation all her life.

A visit to the museum could be compared to a visit to a historic family home with a warm welcome and loads to learn.

The Museum of Berkshire Aviation is open on Saturdays, Sundays and Bank Holidays from 10.30am to 5pm (Easter to October) and from midday to 4pm on Sundays from November to March. It is open on Wednesdays all year round from 10.30am to 4pm. Phone museum answering service on (0118) 944 8089. 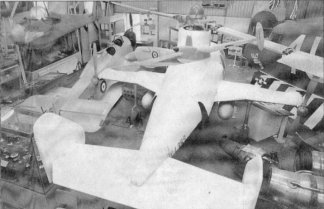 The treasure trove of old planes visited every year by aviation enthusiasts from across the world.